According to reports, Jeremiah was stabbed to death near God’s Grace Ministry at Okwagbe Town allegedly by the younger brother of one the leaders of the party in the area.

Jeremiah had witnessed the hijacking of electoral materials by some members of the party and had protested. In anger, one of the party members engaged him in a fight and in the process stabbed him in the neck. The suspected killer fled the scene afterwards. 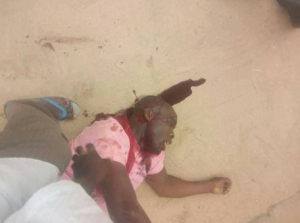 Cobhams Laments Lack Of Provision For Disabled Persons During Elections

“I Learnt About Sex When I Stumbled On Dad And Mum”: Willow Smith