INEC: 74 Million Nigerians Have Registered To Vote In 2019 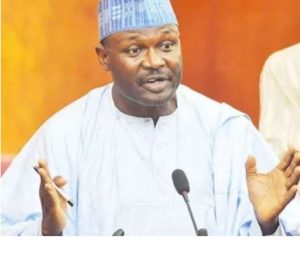 Prof. Mahmood Yakubu, the Chairman of Independent National Electoral Commission (INEC), says the commission has 74 million voters in its register as at the second week of January 2018.

The chairman said the figure was expected to reach between 80 and 85 million by 2019 because of the on-going nationwide Continuous Voter Registration (CVR). He assured Nigerians that only their votes would determine the 2019 general elections and beyond.

Yakubu noted that there had been a lot of improvement in the electoral process since the current commission came on board.  He said the commission was not unmindful of the enormous responsibility of conducting elections in a democracy.

He said INEC would continue to engage all stakeholders to ensure an all-inclusive process. The INEC chairman stressed the commission’s resolve to adhere strictly to the timelines provided in the recently released Timetable and Schedule of Activities for the 2019 general elections.

Girl, 12, Stabbed Step-Dad In Back With Two Steak Knives To Stop Him Attacking Her Mother

INEC Reveals Warehoused PVCs Can No Longer Be Used During Elections

INEC Reveals Warehoused PVCs Can No Longer Be Used During…