Apple Records An All Time Low In Sales, Might Discontinue Production Of IPhone X Next Summer 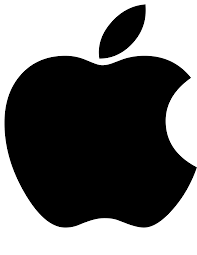 There are rumors that Apple could scrap iPhone X this year over poor sales of the £999 smartphone, as one expert says the pricey handset could be dead by the end of summer.

A top analyst also revealed the tech giant is considering killing off its flagship smartphone, but the media assumes that not everyone agrees with this damning prediction.

The iPhone X is Apple’s most expensive handset ever, costing anywhere from £999 to £1,149

Renowned analyst and Apple expert Ming-Chi Kuo has warned that Apple’s latest iPhone will be in its “end of life” stage in the summer of 2018.

In a note to investors – as seen by AppleInsider – Kuo explains that the iPhone X hasn’t met Apple’s sales predictions, and will be binned shortly.

It would be the first time that Apple has killed off an iPhone from the previous year since the iPhone 5C. 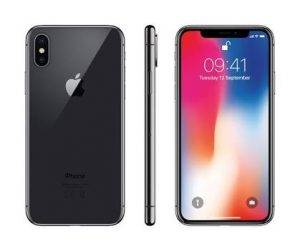 Apple typically keeps older models in stock, to give customers a wider range of choice. For instance, you can still buy the iPhone 6S from the Apple Store, despite it having launched way back in 2015.

The iPhone X boasts advanced features like facial-recognition unlocking and wireless charging
But Kuo says that the iPhone X won’t be kept on as a “lower-cost option” for 2019.

Instead, he says that the phone’s features will “migrate” to other models, including the rumoured iPhone X Plus.

These features could include the iPhone X’s Face ID facial recognition system, or the large OLED display.

The top analyst expects three new iPhone models to launch in 2018, all of which could benefit from iPhone X tech.

Kuo believes that a big reason why the iPhone X may be struggling is due to demand in China.

Apparently, Chinese customers are disappointed by the amount of usable space on the phone’s display.

It’s all thanks to the infamous “notch” – a small chunk of plastic that sticks out from the top of the screen, designed to house the camera and other sensors.

This gives the iPhone X an oddly shaped screen, and has sparked widespread complaints about the phone.

The iPhone X’s super-sharp OLED screen is one of the reasons why it costs so much for Apple to make
But while the iPhone X – which costs between £999 and £1,149 – might be a bit of a Marmite smartphone, it’s not definitely going to die off.

Analyst Daniel Ives tells The media that predictions of the iPhone X being culled this year are probably false.

“We believe the worries around iPhone X demand have been greatly exaggerated,” the GBH Insights expert explains.

“We do not foresee any sun-setting of models in 2018, as Apple will release a number of newer models at different price points between now and mid 2018 to capture upgrade opportunities on its 350 million users currently in the upgrade window.”

He says that Apple needs to make sure it sells cheaper iPhones, or they’ll risk customers who don’t want to spend £1,000+ walking out of the Apple Store “empty-handed”.

The Sun has asked Apple whether the iPhone X will remain on sale throughout the whole of 2018, and will update this article with any response.