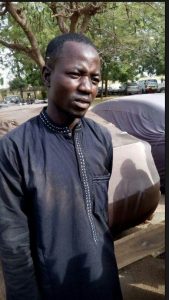 The Katsina State Police Command has arrested one Abubakar Sule, 23, over the attempted murder of his girlfriend, Aisha Dikko.

It was gathered that Sule had tricked Aisha, 21, into a bush at Tamawa village in the Kurfi Local Government Area of the state and slashed her throat with a knife and fled believing she was dead.

Fortunately, a Good Samaritan found the victim and rushed her to the General Hospital Kurfi, where she is currently recuperating.

Confirming the incident on Saturday, the state Commissioner of Police, Beseng Gwana, said that Sule would be charged to court soon. 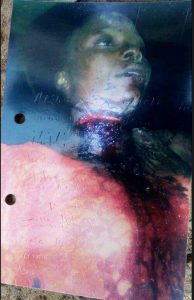 “The Suspect abandoned the lady in the bush thinking that she was dead but the victim was later found by a Good Samaritan and was rushed to the General Hospital, Kurfi,” said Gwana.

“The suspect was traced and apprehended. He confessed to have committed the crime out of jealousy, because the victim had been betrothed to another man.” he added.

“No Broken Bones, No Internal Bleeding, Only Bruises” – Lady Knocked Down By Speeding Danfo Bus On The Highway Shares Testimony