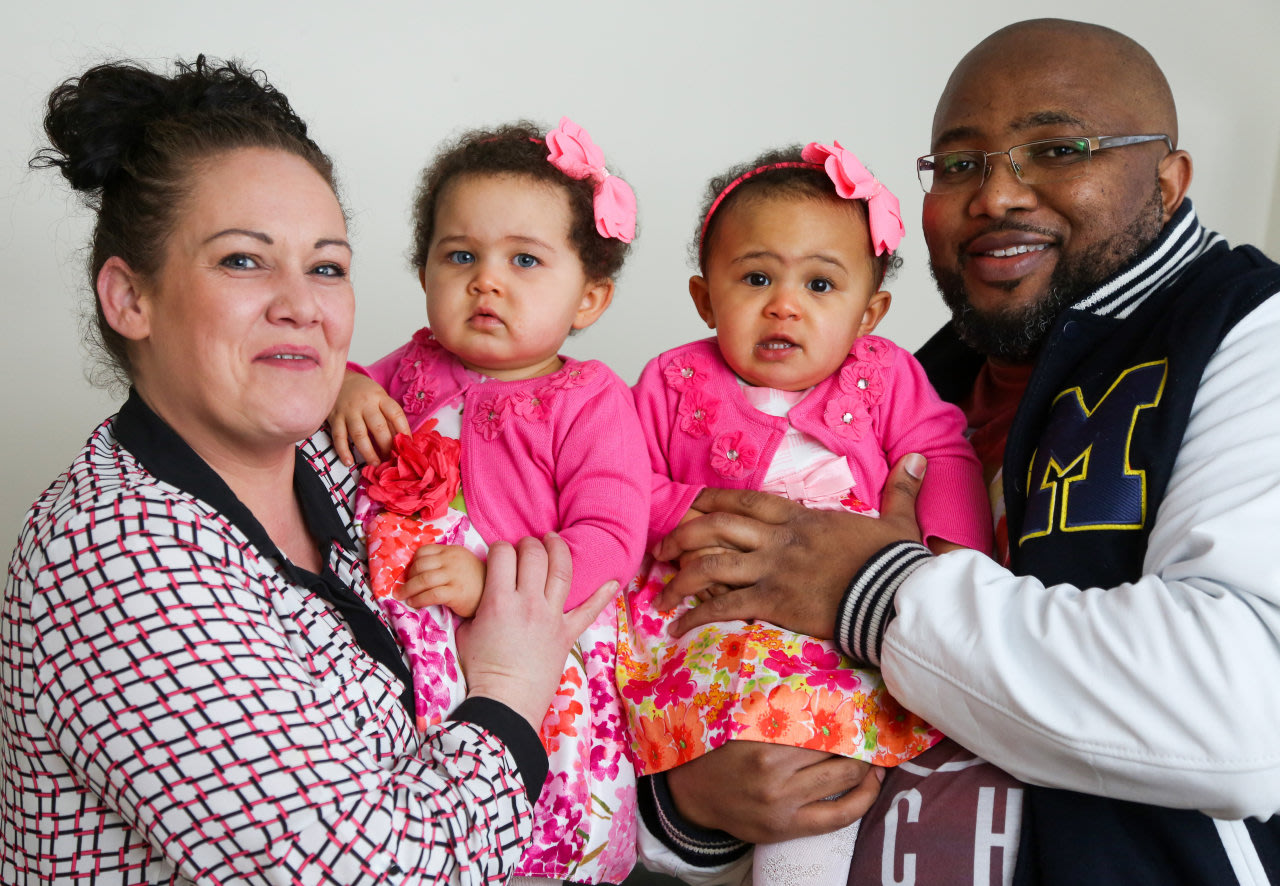 These adorable babies  pictured above born  are the first  ‘black and white’ twins born in the UK – despite coming from the same egg.

Mum Libby Appleby, 37, was told that her unborn babies would look so similar they would need to be “marked with ink” to tell them apart. She was however stunned when Amelia was born with dark skin, black hair and brown eyes – while her sister Jasmine has fair skin, blue eyes and mousey curls.

Amazingly, the siblings are genetically identical despite contrasting skin tones.

‘When they were born, we were flabbergasted, even the doctors couldn’t believe it.

‘Amelia is the spitting image of her dad, while Jasmine is a mini version of me.’

Libby and partner of three years, engineer Tafadzwa Madzimbamuto, 40, found out she was pregnant in June 2014.

Only three months later they were told that Libby was expecting identical twins, and it would be tough to tell them apart.

Describing the moment that she first saw the new-borns, Libby said:

‘We put them next to each other in a cot and couldn’t believe how different they were.

‘Amelia was so much darker than Jasmine, they barely even looked related.

‘Doctors told us the chances of conceiving mixed race twins are one in a million.

‘We were thrilled they were so unique.’

The identical pair are monozygotic, meaning they developed from the same zygote, which split and formed two embryos.

‘I don’t blame strangers for thinking they aren’t sisters, because they do look nothing alike

‘The girls are just noticing the difference in their skin colour now, but they’re so wonderful and unique.

‘Looking back, it’s funny that we were worried we’d never tell them apart.’ 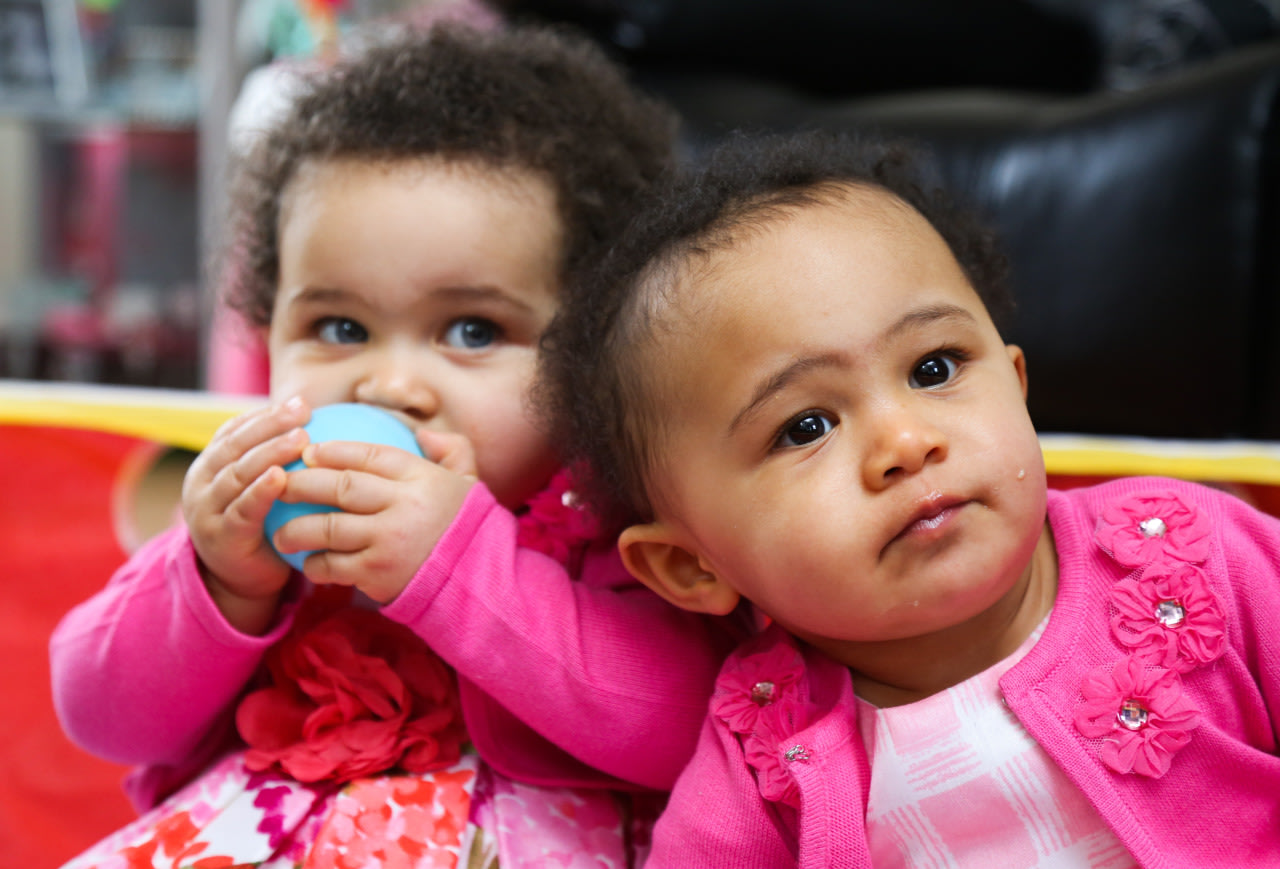 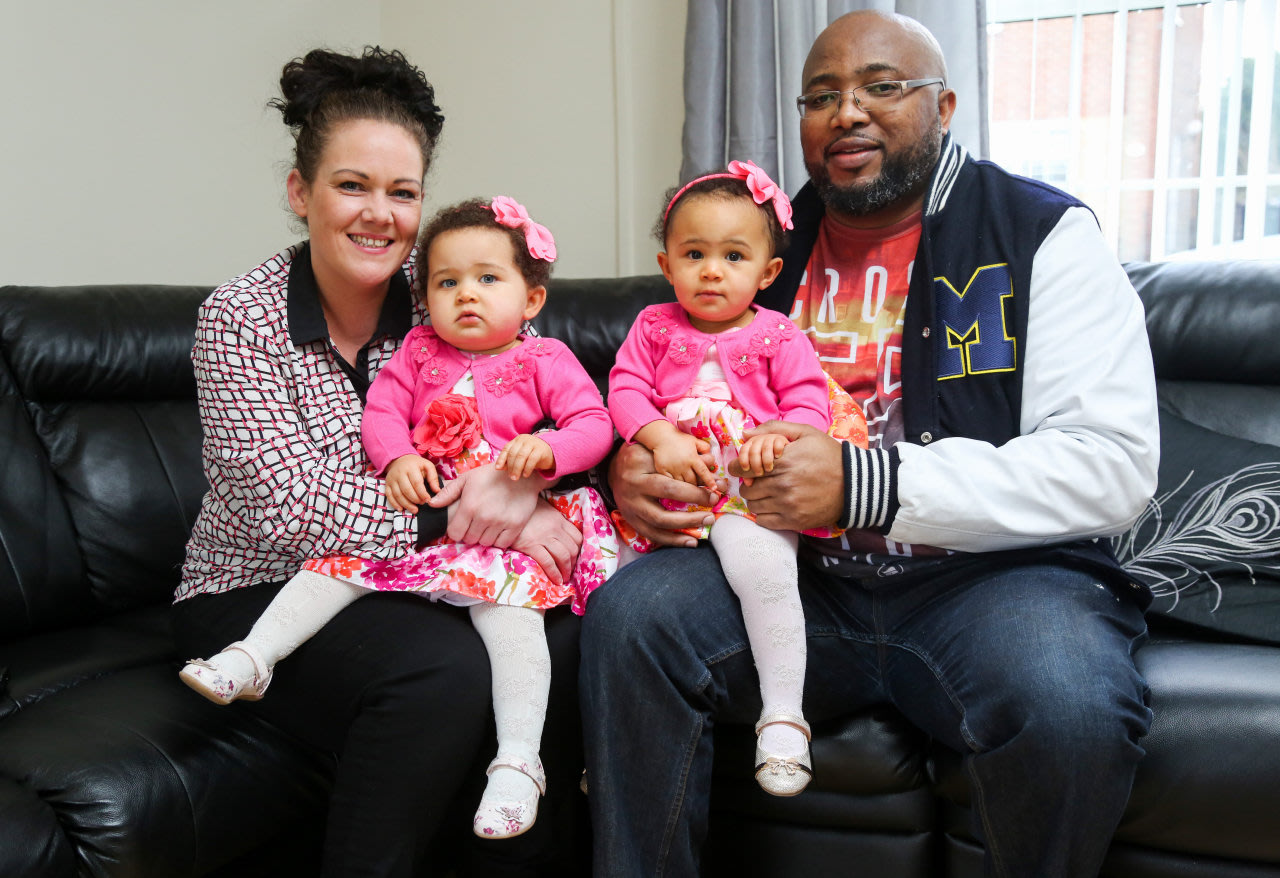 HOW DO TWINS FORM?
Identical twins occur when a single egg is fertilised then splits into two – or, very rarely, three or more – creating identical babies with the same genes, physical features and sex.
Skin colour is believed to be determined by up to seven different genes working together.
If a parent is of mixed race, their eggs or sperm will contain a mixture of genetic codes for both black and white skin.
However, if both the egg and sperm contain all white genes, the baby will be white. And if both contain just the versions necessary for black skin, the baby will be black.
The chances of giving birth to non-identical twins with different skin tones is around a million to one. However, they come from separate eggs, and therefore inherit different genes. 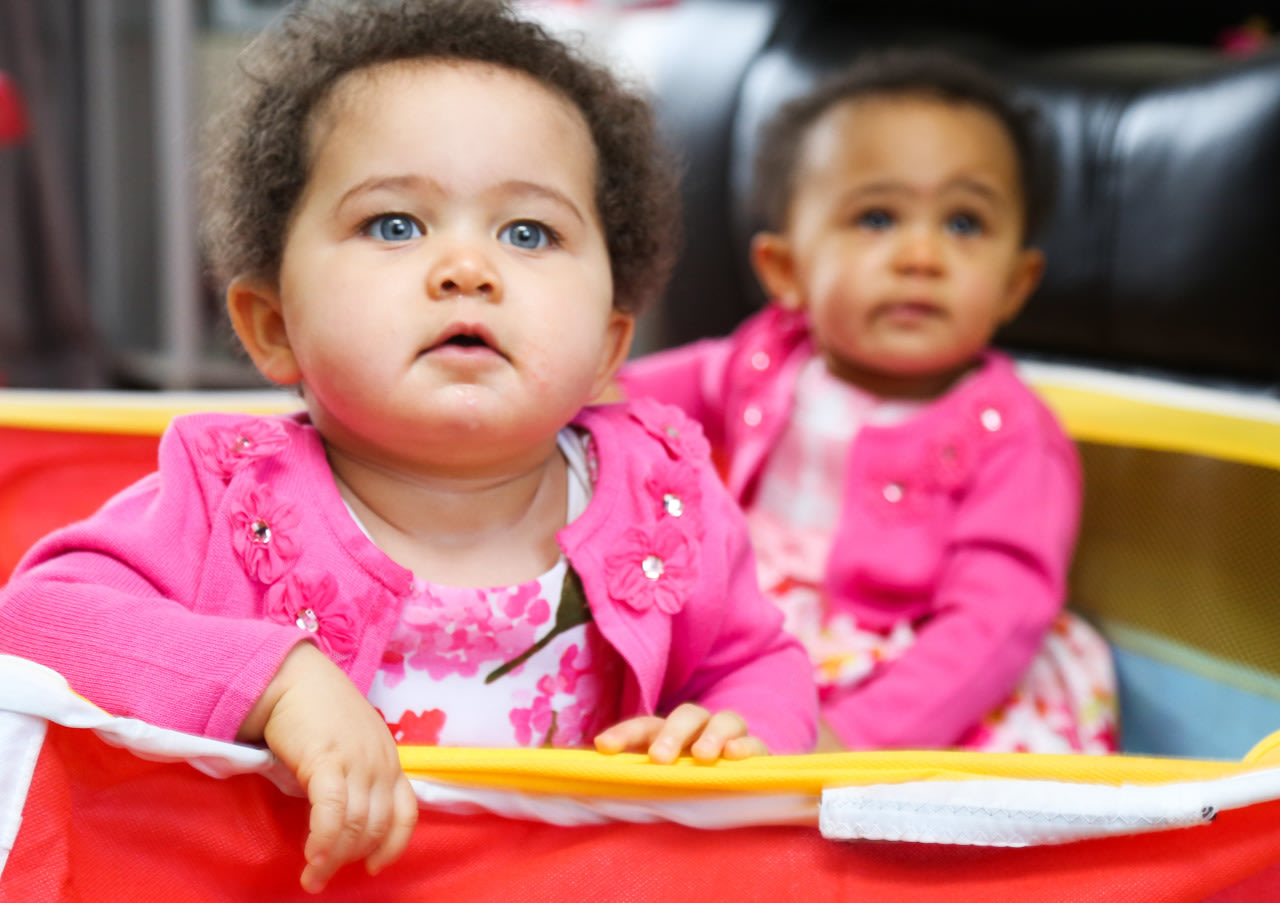 She’s A Diva! More Beautiful Photos Of Olajumoke From Another Modelling Shoot

OMG! What Kind Of Fashion Is This???