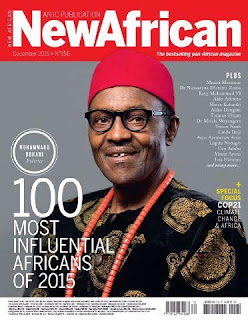 President Muhammadu Buhari, business mogul, Aliko Dangote, blogger Linda Ikeji and 17 other Nigerians have been named amongst the 100 most influential Africans of 2015.

The list complied by New African Magazine was dominated by Nigeria and South Africa, with 20 and 16 personalities respectively.

Kenya, Uganda and Cameroon also feature strongly with eight, six and six entries each respectively. Of the top 100 personalities, 65 are men and 32 are women, with the other three being groups of people. South Africa’s students, for example, were recognised this year for their role in South Africa’s #FeesMustFall and #Rhodesmustfall campaigns. 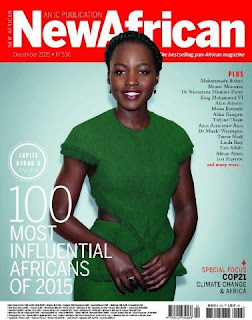 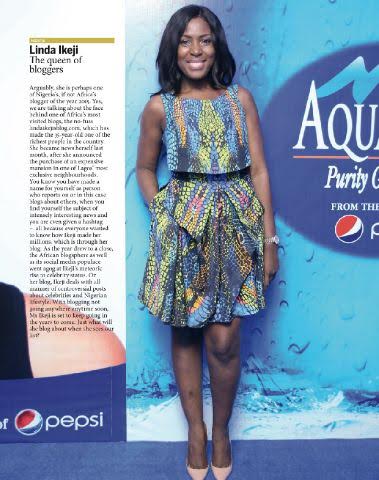 The list presents the continent’s definitive power list and profiles the continent’s top game changers in eight different fields: 22 from politics ; four from public office; 21 from arts and culture; 21 from business; 11 from civil society; nine from technology; seven from media, and five from sports.

In one of the continent’s most dramatic and unusual elections of 2015, and Nigeria’s most significant in recent history, Muhammadu Buhari defeated his opponent and incumbent Goodluck Jonathan. Both are recognised in New African. Other Nigerians recognised include the former UN Special Advisor on Post Development Planning, and current minister of Environment, Amina J. Mohammed; AfDB’s new President, Dr Akinwumi Adesina and a surprising addition in the form of Nigerian Diasporan, UK MP, Chuka Umunna, who was in the frame Labour Party leadership.

South Africa also had its fair share of political influencers, among them “the black leader of South Africa’s ‘white’ opposition” party, the DA’s youthful Mmusi Maimane who also makes the list as one to watch during the next elections.

Liberia’s President Ellen Johnson Sirleaf is recognised together with her fellow heads of states, Alpha Conde of Guinea and Ernest Bai Koroma of Sierra Leone, for beating the odds to win the war against Ebola in 2015.

African financial giant and Credit Suisse boss, Tidjane Thiam, from Côte d’Ivoire, makes this year’s most influential list for Business and Economy, where he is joined by new World Bank VP and Treasurer, Arunma Otteh, Kenyan ‘DJ’ businessman Chris Kirubi and the entrepreneur and innovator behind Tesla cars, Elon Musk, among others. Nigerian industrialist Aliko Dangote also makes the list.

Another Fallen Hero Lost To The Menace Of Boko Haram

7 Tips To Overcoming Insecurity In Relationships